A POEM FOR RECORD KEEPERS


A master of the line, she works grammar like a sculptor of kinesis, bringing the preceding and following into temporal disjunction where humor also lives. Each line in her poems is like a cut in time, the before and after equally irreducibly relating to each other through its thrust. The mobile object contains as many speeds and times as a mind, so that thoughts, in fragmentation, come interrupting each other as much as they stand illuminated alone. In many ways, her poems show the complexity of the relationships of language to itself; its self-devouring amorousness, its dangerous play.


Ali Power’s A Poem for Record Keepers is . . . one of the loneliest books I’ve ever read.


In a debut that belies its slim size, Power culls the messy crevices of the poet’s mind to put heavy-hitting snapshots of the self on display . . .


Ali Power’s A Poem For Record Keepers is a long poem made of short poems that comes on like a deadpan phalanx system unlearning itself while crashing resignation into the boards and pulling the rug out from under certainty line by line. But certainty is not simply replaced by uncertainty; an angular, witty openness accumulates across Power’s poem, making it excellent company. That openness also lends itself to the poem’s capacity to build the kind of necessarily enigmatic space love requires to fend off the grinding mob-vacuum that is contemporary American life these days.


You could compare the way A Poem for Record Keepers works to the ways other things work—locked-groove records, Lorine Niedecker’s calendar poems, waves—but never for too long. As much as Ali Power’s poetry delights in forward motion and real speaking, it also teaches you how to remain still and listen. This is an ingenious, biting, elegant book. To enter it is to feel squeezed by time and even (if you want to, as I did) by hope: “Everything is just beginning.” It is, and it does. Then everything begins again, right here.


The poet as one who maintains a history of one’s activities. The poem as record, as in ledger, one entry per every other line, record as something we replay when it’s a favorite. These lines now live in my head. They are strange enough to keep me on my toes, familiar enough to seem like they are talking about me and everyone I know. In fact, I do want to “hang out” with this new book and its author. 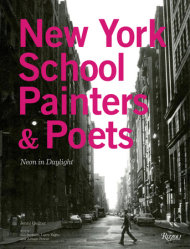 SOLO is a quarterly reading series at Wendy's Subway in Bushwick, Brooklyn. SOLO features one poet or writer and was founded with the intention to provide communal space in which ideas, information, and support can be exchanged. SOLO is curated by Ali Power.

Ali Power is a poet and psychotherapist. She is the author of A Poem for Record Keepers (Argos Books, 2016) and the chapbook The Lawn is a Social Construction (Sixth Finch Books, 2018).